Home » The 2019 JMCOlympics: The Thrill of Victory!

The 2019 JMCOlympics: The Thrill of Victory!

A hush falls over the crowd on a brisk fall afternoon. Taylor Rochelle steps back, eyeballs the distance ahead of her, and makes her throw.

Yes, it’s an Olympic competition—but it’s not a shot put being thrown. It’s an egg, and it hurtles through the air before landing safely in Davis Waldorff’s hands. And the egg-toss champions are crowned!

It’s one of many exciting moments from the Gainesville office’s third annual JMCOlympics. On November 22, dozens of valiant competitors took the field for tests of speed, strength, coordination and creativity.

This yearly field day-style event is a chance for us to bond further with our coworkers—not to mention get outside and enjoy the gorgeous North Florida fall weather. At stake: Year-long bragging rights. (And medals. Shiny ones!)

Under sunny skies and a crisp, cool breeze, our JMCOlympians competed in a variety of fun events to test both physical and communication skills. We had our yearly standards in the obstacle course relay and the tug of war. Other highlights included a three-legged race, a “something-yard” dash, limbo, and a Frisbee throwing contest for distance.

On the non-physical side, the Blind Snakes event required our teams to communicate non-verbally to achieve an objective together. And in the Movie Photo Challenge, they took pictures that visually represented such iconic flicks as Titanic, Star Wars and the Lion King.

Congratulations to the members of the Blue Team, which walked away with this year’s gold medals! Claiming silver for second place was the Purple Team (breaking the “last place curse” established in the preceding two years), while the Red Team’s third place finish earned them the bronze. And of course we had our spirit awards for Most Athletic, Mr./Ms. Congeniality, Most Intense Competitor and Best Team Spirit.

Many thanks to Trinity United Methodist Church of Gainesville for allowing us to hold our event each year on their athletics fields. And kudos to the refs (our own “Incredibles”) for their hard work before, during and after the day. Finally, thank you to all of our competitors and spectators for joining us.

Check out our photo gallery below and watch our YouTube video for more of what has become a hallmark James Moore event! 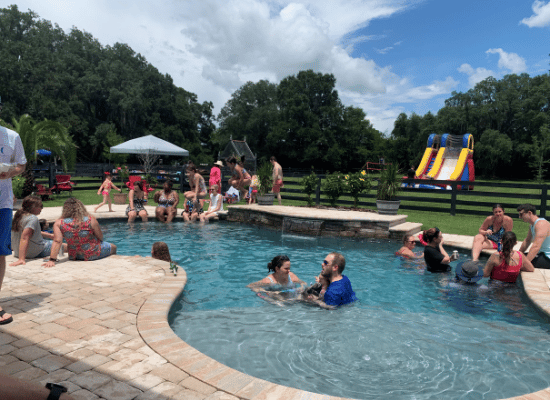 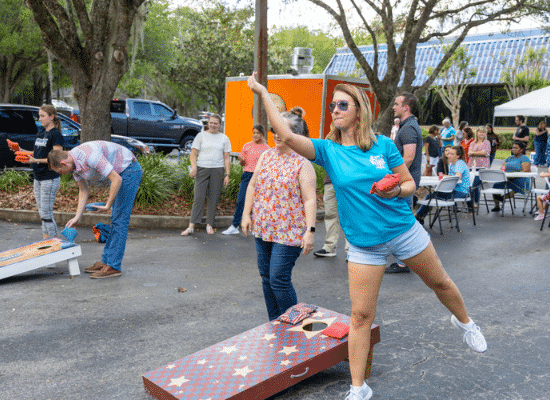